If the Governor is relected, the Maglev construction start could be delayed by four years

If the Governor is relected, the Maglev construction start could be delayed by four years

Shizuoka Governor Kawakatsu pointed to the publication "Japan will change with the Linear-Central Shinkansen" at a press conference during his election campaign.

Summary of a report in the Japanese Media


The LDP does not seem to be aware of the popularity of Kawakatsu, who is an anti-linear candidate. Kawakatsu, who has garnered overwhelming support for his anti-linear platform, is on track to surpass the 1.08 million votes he won in 2013, the most ever in a gubernatorial election. [...] Mr. Kawakatsu, who has called for the preservation of the "water of life" and the "natural environment of the Southern Alps," is particularly popular among women with children who are anti-LINEAR. [...] In fact, it seems obvious that Mr. Iwai (the opponent) is pro-LINEAR and Mr. Kawakatsu (the current governor) is anti-LINEAR.

Mr. Kawakatsu brought up the book "Linear Chuo Shinkansen de Nihon wa Kawaru (Japan will change with the Linear Central Shinkansen)", which advocated the promotion of the linear line, and emphasized that at that time there was no plan to penetrate the Southern Alps in Shizuoka Prefecture. The book also predicts that linear will bring tremendous benefits to Yamanashi, Nagano, Gifu and other prefectures, referring to the benefits that the Tokaido Shinkansen has brought to Shizuoka Prefecture. Conversely, other prefectures along the line will benefit from the linear construction, but Shizuoka Prefecture will not benefit at all.

Even if we understand that there will be no impact on the watershed, we can only see the disadvantages for Shizuoka Prefecture. If Mr. Kawakatsu is elected, the start of construction of the linear railway should be frozen for at least the next four years.

The Roles of the Governor, the Prefecture, and the Nation

The Role of the Governor and the Prefecture: No authority to change the route
The Central Linear Railway is part of the development plan based on the National Shinkansen Railway Development Act. The Minister of Land, Infrastructure, Transport and Tourism needs the consent of the project operator to make decisions or changes to the plan, but local governments along the line have no authority. However, in the upper reaches of the Oigawa River, the prefecture has been entrusted by the national government with part of the authority under the River Law. According to the prefectural government's assumption, permission for river occupation and construction of new structures will be required at six locations where tunnels will pass under the river, and no application for permission has yet been submitted by JR Tokai. In other prefectures, there are examples of guidelines that, in principle, do not allow excavation parallel to fragile geology or rivers.

Mr. Heita Kawakatsu (current governor): Time to stop and reconsider
As a member of the National Land Council of the Ministry of Land, Infrastructure, Transport and Tourism, I have been involved in the Linear Central Shinkansen project for a long time and am fully aware of its significance. However, social conditions have changed dramatically since the Corona disaster. It is time to stop for a moment and reconsider the entire Linear Central Shinkansen.

Shigeki Iwai (candidate): No approval for construction at this time
The governor is not in a position to say whether he approves or disapproves of the Linear Central Shinkansen project, but he cannot approve the construction of the Shizuoka section at this time when the understanding of the people in the basin has not been fully obtained. There will always be some impact on water use and the natural environment, but the degree of impact has yet to be scientifically verified. We should hasten the scientific verification first.

Re: If the Governor is relected, the Maglev construction start could be delayed by four years

When asked about the policies that are most important to them as issues, the Linear Central Shinkansen issue topped the list at 32%. This was followed by "measures against the new coronavirus" at 21%, "economic stimulus measures" at 19%, and "social security and welfare" at 12%.

Re: If the Governor is relected, the Maglev construction start could be delayed by four years

With less than a week to go before the Shizuoka Prefecture gubernatorial election on March 20, the debate on the water problem in the Oigawa River due to the construction of the Linear Central Shinkansen has become more active. Heita Kawakatsu (72), the incumbent, who claims that the issue of the linear railway is the most important issue in the election, emphasized his stance of confronting the central government and JR Central at various places in the prefecture. Mr. Iwai spent most of his speech on the topic of the linear railway, which he had not touched on much.

On April 14, Mr. Iwai made speeches on the streets of 10 cities and towns in the Oigawa River basin. In Shimada City, he said, "I am neither a proponent of the linear line nor an agent of the Ministry of Land, Infrastructure, Transport and Tourism". What is needed is a forum for discussion involving the basin, JR Tokai, and the national government," he said, adding, "If the explanations from JR and the national government are not satisfactory, then of course we cannot start construction".

What do university students say of the Linear Maglev project?

Honoka Ohno, 20, a junior at the university and a native of Aichi Prefecture, feels that there is a difference in the level of enthusiasm for the Lineari Maglev issue in and outside of Shizuoka prefecture. He said, "Shizuoka Prefecture tends to be seen as the 'bad guy' for stopping the construction of the linear line. I hope that active discussions in the prefecture will be properly communicated to the rest of the country," he said.

Kyohei Iguchi, 22, a first-year graduate student at Hosei University from Shimada City, listened to the speeches of the two candidates on November 13. He said: I want the candidates to present a concrete vision on the issue of the linear railway.

Kawakatsu made the construction of the Shizuoka section of the Linear Central Shinkansen a key issue in the election, and he gained support by clearly stating his opposition to the tunnel construction through the Southern Alps, which he feared would reduce the volume of water in the Oi River.
He also received support from the prefectural organizations of the Constitutional Democratic Party and the National Democratic Party. 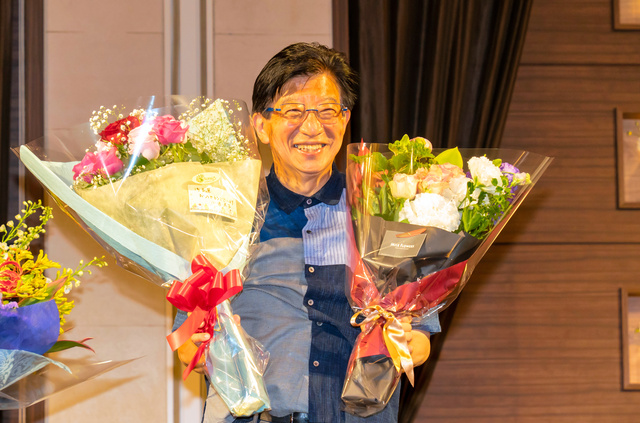 JR has to consult with Shizuoka Prefecture

Chief Cabinet Secretary Katsunobu Kato said at a press conference on June 21, in response to the election of Heita Kawakatsu, the incumbent governor of Shizuoka Prefecture, who opposed the start of construction of the in-prefecture section of the Central Linear Shinkansen, "We need JR Tokai, the operator of the project, to continue to make its utmost efforts. It is necessary for JR Tokai to continue to make its utmost efforts, and in the process, it is necessary for them to have a thorough discussion with Shizuoka Prefecture.


"I have been entrusted to protect the waters of the Southern Alps, protect the environment," Kawakatsu said in his victory speech. "I will work hard to find a path to a solution."

The governor told a news conference he wanted a "scientific discussion" on his concerns that tunneling for the project will sap the flow of the Oi River and other water sources. He vowed to have an "open discussion" with Central Japan Railway

Assumptions of the Ministry's expert panel are unacceptable

"It's time to review the way we proceed", the governor said at the plenary session. The asumptions and discussions by the Ministry of Land, Infrastructure, Transport and Tourism's expert panel are unacceptable, he said.
Source: https://mainichi.jp/articles/20210701/d ... 20/176000c Accessed: July 1, 2021.