The Shin-Osaka area is therefore undergoing an urban transformation from a transit point for businessmen and domestic and international travelers to a business and activity hub. With such a redevelopment of the Shin-Osaka Station and of the surrounding areas, land prices in Shin-Osaka are expected to continue to rise in the future. 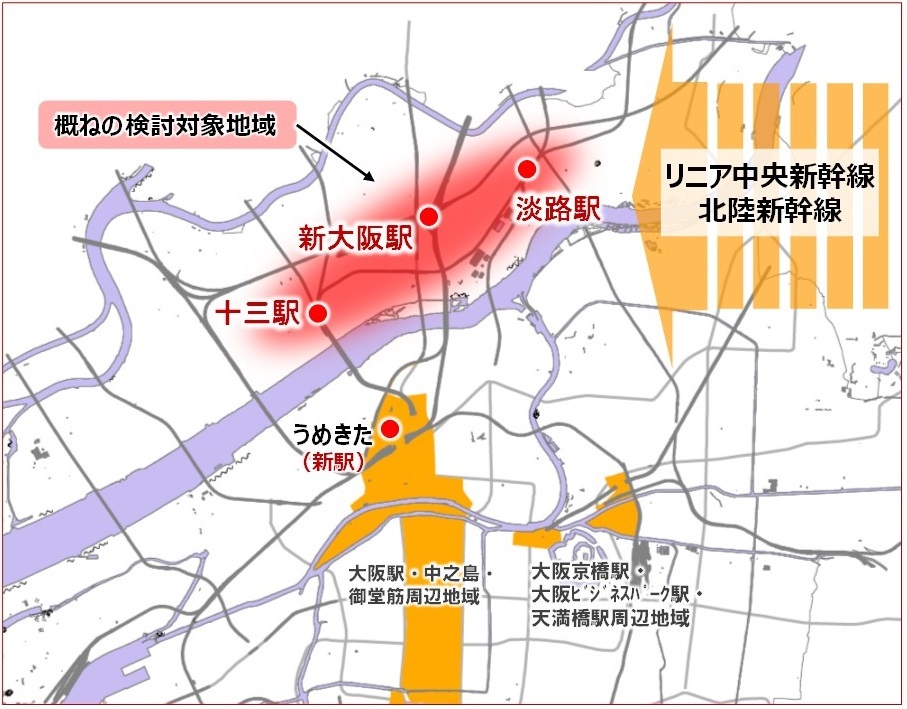 As it will take just about an hour to get from Tokyo to Shin-Osaka Station by Maglev, it is expected that Tokyo-based companies will increasingly come under pressure to expand or relocate to the Kansai region.

Not only office buildings, but also lodging facilities are opening one after another, with hotel chains such as Hotel WBF, APA Hotel, and Meitetsu Inn opening in Shin-Osaka in 2020. Preparations are steadily underway, starting with the area around the station, to prepare for the arrival of the maglev.

Shin-Osaka Station is the well-known land gateway to Osaka and one of Japan's major transportation terminals. Currently, it is the only station in Osaka that is served by the Tokaido, Sanyo and Kyushu Shinkansen lines, as well as the Tokaido Main Line, JR Osakahigashi Line and Midosuji Line of Osaka Metro.