An anachronistic megaproject - Big nationalism behind it?

『リニア中央新幹線をめぐってー原発事故とコロナ・パンデミックから見直す』
"On the Linear-Central Shinkansen: A New Look from the Nuclear Accident and the Corona Pandemic" 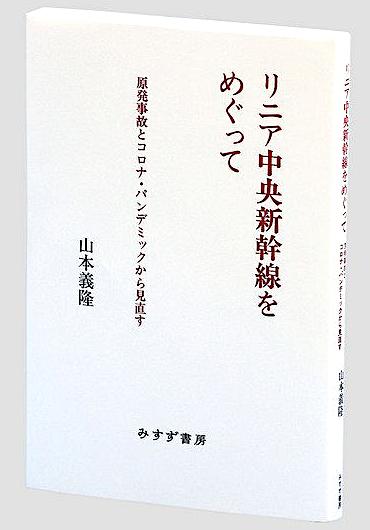 English translation of some parts of the Japanese review:

The author analyzes and criticizes the Linear Central Shinkansen not only from a technical point of view, but also from multiple perspectives, including politics, economy, environment, society, and ideology.

In 2016, nearly 20 years after the first linear test in Yamanashi, which seemed to have been conducted in a low-key manner, the situation moved quickly when former Prime Minister Abe was in office. [...] In 2016, when former Prime Minister Abe was in office, things took a sudden turn. The opening of the line to Osaka was brought forward by eight years from 2045 to 2037, and a decision was made to provide 3 trillion yen in low-interest loans to JR Tokai. It is said that a deal between the Kansai business community, the Osaka Restoration Association, and Abe's people, who are planning to bring the linear railway, Expo '70 and casinos to Osaka, was behind the decision. It is well known that a linear line uses four to five times as much electricity as a conventional bullet train, and two months after 3/11, Kasai, the president of JR Tokai, who was at the center of the promotion of the linear line, said, "There is no other way for Japan to live except to set our minds at rest and continue to use nuclear power as before" (Sankei, May 24, 2011). (Sankei, May 24, 2011). For the electric power industry, which aims to promote the restart of nuclear power plants and the expansion of nuclear power plants, the linear line would have been a boon. Touching on political and economic trends, the author points out in detail the problems of linear technology, which are not limited to the waste of electricity. [...]

Liquid helium (an underground resource with an unstable supply and high cost) must be replenished every day to maintain the superconducting state of electricity. The effects of the powerful period on the human body are also still unknown. In addition, the maintenance structure for safety should be as simple as possible, but it has an extremely complicated body structure. Furthermore, there is a risk of tire punctures (!) before the vehicle is lifted off the ground.

The 247 km between Tokyo and Nagoya is a tunnel, which not only destroys the nature of the Southern Alps. It is already well known that the governor of Shizuoka Prefecture is insisting on an injunction against the construction of the tunnel due to water problems in the Oi River, an issue that directly affects the lives of the residents. The 37km tunnel from Shinagawa to Ota, Setagaya, Kawasaki, and Machida is the longest tunnel in the area, but the "Act on Special Measures Concerning Public Use of Deep Underground" (2000) has created a mechanism that requires no compensation or land rent. This is despite the fact that there is no guarantee that a situation like the recent cave-in will not occur. In addition, what will be done with the huge amount of overburden (estimated to be 10 million dump trucks with a capacity of 6 cubic meters), and the tremendous number of dump trucks that will be used for construction concrete and building materials?

Where is the need to take such a risk to connect Tokyo and Osaka in one hour? The corona pandemic has brought us online conferencing and teleworking, which will minimize the need for transfers. Everyone thinks so. It would only add to the centralization of operations, which would be swept away by the infection in no time. But why don't they stop this huge project? The author points out that great nationalism is the driving force. There is a growing anti-Chinese sentiment to keep up with China in every field, including technology and economics. This ideology lies at the back of the mechanism that fuels the sense of great power and drives the country to pursue huge, useless projects.