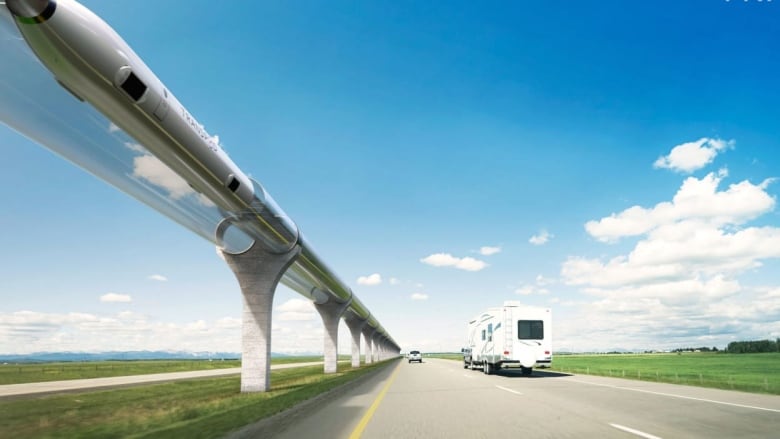 
Canadian hyperloop company TransPod has completed a feasibility study of the implementation of an ultra-high-speed transportation line between Calgary and Edmonton.

The company says it expects to have private funding secured for the first portion of the line by the end of the year.

TransPod's ultimate goal is to have Albertans shuttling between Calgary and Edmonton in train-like pods — at speeds up to 1,000 kilometres an hour — through magnetic tubes.

In total, the feasibility study has forecast the project to cost an estimated $22.4 billion, or $45.1 million per kilometre along roughly 350 kilometres of unique track.

It also forecasts an additional cost of $6.7 billion for fixed infrastructure-like stations.

In 2020, the company estimated that to build the full line it would cost between $6 billion and $10 billion, but Gendron said the new cost analysis includes land acquisition costs.

Tickets on the ultra-high-speed hyperloop would cost riders around $90 for an economy ticket and up to $150 for business class tickets.

A one-way trip would take about 45 minutes. It would carry a mix of passengers and cargo.