Iida Cable Television in Iida City has set up a live camera to show the area around the planned prefectural station in the Kamigo district of Iida City, in order to let people see how the city is changing due to the construction and opening of the Linear Maglev Shinkansen. 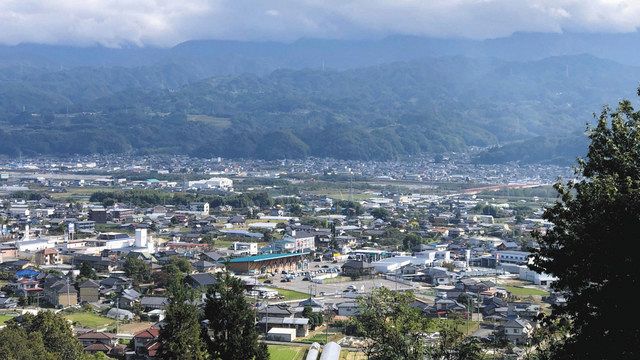 The live camera can be found here: http://www.iidacable.tv/livecamera/
Sometimes active on Twitter, but not regularly.
https://twitter.com/Eurorapid
...
Top

The company decided to install a live camera because the residents of the prefecture have high expectations for the construction of the station, which is attracting a lot of attention.

The live camera will show the areas of Kamigo Iinuma, Zakoji, and Ashima in Takaki Village. The images can be viewed on the company's website and on YouTube, a video posting site. Hirohide Hayashi, Director, General Manager of Operations and Engineering Department, said, "We would like to communicate the changes in the city to people outside the region.

In Nagano Prefecture, the only station in the prefecture is scheduled to be built in Iida City, as part of JR Tokai's plan to open the Central Linear Shinkansen Line between Shinagawa and Nagoya.

In response to this, Iida City has put together a new urban development policy plan in order to utilize the effects of the opening of the linear line for regional development.

According to the plan, the city will develop the Kamigo-Iinuma area, where the linear station will be built, as a transportation hub and use its convenience to attract new faculties of Shinshu University and research and development companies. The city center, where JR Iida Station is located, will be turned into an area where administrative and cultural facilities will be gathered. Furthermore, the construction of an arena near the linear station will be considered as a base for sports activities.

Construction of a new Linear Central Shinkansen station (tentative name, total length 950 meters) to be built in Iinuma and Zakouji in Kamigo, Iida City, will begin in fall 2022.

The environmental preservation plan will be announced around July. The construction contract was signed with Shimizu Corporation (Tokyo) last year. The target completion date is the end of March 2026.

All station sections will be covered with a square hood. The structure in the center of the station near the space for elevated use is 40 meters wide and 19 meters high. The hood on the side of the sub-main line that stops at the prefectural station is being considered as a structure that can be seen from the outside.

On the other hand, the excavation of the Kamigo section (3.3 km) of the 5.6 km Kazetsuzan Tunnel to the west of the linear prefectural station has not yet been started. JR plans to use the shield method, which has less impact on groundwater.

The excavated soil will be carried out by conveyor belts in the "work tunnel" that connects the main line and the area near the Tsuchisogawa River. The work tunnel is 350 meters long. The maximum soil cover is approximately 70 meters, with a width of 5.5 meters and a height of 4.5 meters. To install the work tunnel, the tunnel will be excavated from the construction yard near the Doso River and connected to the launch shaft, which will be the starting point for excavation of the main tunnel. The tunnel will eventually be backfilled.

On May 23, Iida City reported on the status of its study to introduce a means of secondary transportation from the Linear Central Shinkansen stations in the prefecture (Kamigo Iinuma and Zakouji) to destinations in the city that matches the characteristics of each area, such as central city areas and sightseeing spots. The city plans to introduce next-generation means of transportation, such as self-driving buses and "flying cars" that carry passengers, in addition to existing buses and cabs, as soon as the technology is established.

Iida City reports on a draft design for the plaza in front of the Linear Station and surrounding area.

On July 16, Iida City held a briefing session "What will happen to the Linear Station? Iida City explained the status of the parking lot and roadway to be built in the plaza in front of the station and released an image of the plaza.

On May 16, the city of Iida City posted an online report on the status of the project to develop the area surrounding the Linear Central Shinkansen station in Nagano Prefecture (Zakouji, Kamigo Iinuma, Iida City). This is the second report following the one on May 28, aiming to draw people's attention to the project after the opening of the Linear Line and its development plan. A meeting to exchange opinions is scheduled for September.

In addition to Mayor Ken Sato, architect Atsushi Kitagawahara, who is involved in the design of the "Plaza of Unity," and others participated in the briefing session.

Mr. Kitagawara would like to incorporate citizens' ideas into the attractive communicative function planned for the area around the regulating pond on the south side of the station, saying, "In creating a landscape, I would like to emphasize the environment and effectively use surplus soil to create undulations and hills. We would like to develop the design while exchanging opinions with citizens," he said.

The briefing session was streamed live via the video-sharing website "You Tube.

The city plans to implement the plan based on the debriefing and the exchange of opinions, and the implementation design regarding civil engineering work is scheduled to be announced in September.

Iida City: Briefing Session on Linear Shinkansen Station Construction to be Held in Kamigo District; Preparation Work to Begin as Early as the End of the Year

JR signed a construction contract with Shimizu Corporation (Tokyo) in June 2019. The target completion date is the end of March 2024.

All station sections are covered with a square hood. The structure in the central part of the station near the space under the viaduct is 40 meters wide and 19 meters high, and the hood on the sub-main line side, which stops at the prefectural station, is being considered as a structure that can be seen from the outside.

On the eastern part of the station on the Zakouji side, the structure of the bridge over the Tsuchisogawa River is 36 meters wide and 24 meters high. In the western part of the station, from the prefectural road from the Ichiba Sakura-machi line to the JR Iida line, the ground level rises toward the Iida line, and a structure is planned to be built on the ground surface.

JR plans to excavate the Kamigo section (3.3 km) of the Fugetsuzan Tunnel to the west of the Linear Linear Station, which has not yet been started, using the shield method, which has less impact on groundwater. The Kamigo section will be included in the briefing.

Iida City: 75% of the lots have been selected for relocation of the Linear Central Shinkansen Line to the area around the station in Iida Prefecture.

The city of Iida City has decided to develop alternative land for residents who will be forced to relocate due to the construction of the area around the Linear Central Shinkansen station (Zakouji, Iinuma, Kamigo, Iida City). There are three areas in total: "Tambo and Hojo" in Kamigo, "Karasawa and Miyanomae" in Zakoji, and "Kyowa." Of the 91 plots of land that have been developed as residential land and farmland, 69 plots have been decided. There are 190 households to be relocated due to the construction of the station area, the linear main line, and related roads.

The city will develop the housing lots and sell or subdivide them to those who wish to move.

Regarding the third round of applications in the Tambo and Hojo areas, according to the Linear Land Division, there were a total of seven first-choice applications for seven lots, one of which overlapped. After attempts were made to coordinate alternative sites, one of the two applicants declined to apply because they decided to move to the registered alternative site.

県内唯一の飯田市リニア中央新幹線駅 来月２２日に起工式
Groundbreaking Ceremony for Iida City's Linear Central Shinkansen Station, the only one in the prefecture, on November 22


JR Tokai has announced that it will hold a groundbreaking ceremony on November 22 to mark the start of construction of the Linear Central Shinkansen station in Iida City, the only one of its kind in the prefecture.

The Linear Central Shinkansen Line, which JR Tokai is constructing with the aim of opening the line between Shinagawa and Nagoya, will have its only station in the prefecture in the Kaminogo Iinuma district of Iida City.

According to JR Tokai, a groundbreaking ceremony and safety prayer ceremony will be held at the site where the station is to be constructed on the 22nd of next month, inviting people from the prefecture and surrounding municipalities.

The construction of the station in Iida City is scheduled to begin next month, but JR Tokai has been informed that the Linear Central Shinkansen Line will not open in 2027, as originally planned, because Shizuoka Prefecture does not allow construction to begin in the prefecture.

On November 26, the Minami-Shinshu Alps Forum, a group of alumni of the Junior Chamber of Commerce of Iida (Iida City), held a study session in the city of Iida to discuss town planning in anticipation of the opening of the Linear Central Shinkansen station in the prefecture. About 40 members listened to a lecture by Hiroyuki Sasaki, 59, a professor at Meiji University's Architecture and Urban Design Laboratory.

Professor Sasaki has been selecting the city as a fieldwork site for his students for several years.

Participants listening to a lecture at a study session of the Minami-Shinshu Alps Forum.
.

Iida City, the only city in the prefecture to have a station for the Linear Central Shinkansen Line, announced on December 4 the outline of its plan to develop the area around the station, aiming to make it a transportation hub and a place for exchanges.

The Linear Central Shinkansen Line, which JR Tokai is constructing to connect Shinagawa and Nagoya, will have its only station in Iida Prefecture in the Kamigo Iinuma area of Iida City, and a groundbreaking ceremony will be held on the 22nd of this month.

On the 4th, Mayor Ken Sato and Professor Emeritus Atsushi Kitagawahara of Tokyo University of the Arts, who is supervising the design, participated in an online presentation on the outline of the development of the approximately 6.5 hectares of land around the station that is being planned.
According to the model, a parking lot with a capacity of 500 cars will be built to facilitate access to and from the city and surrounding areas via the Linear Central Shinkansen Line, and a traffic plaza with a dedicated space for car rental and car sharing will be constructed.
In addition, a plaza for events will be built, and the passageway connecting the station and the plaza will have a roof made of wood and designed with a sense of design.

The city expects to spend approximately 9.1 billion yen for the construction, which is scheduled to begin within the next fiscal year.

Mayor Sato said, "I used a model to explain the project, so I think people can get a clearer picture of what it will look like. We want to create an attractive space as it will be the gateway to the community.