Polish startup Nevomo, formerly active under the name Hyper Poland, is developing magrail technology based on magnetic levitation to enable travel at speeds of up to 550 km/h using existing rail infrastructure. Nevomo is aiming for a gradual implementation of the Hyperloop vacuum railroad.
The company plans to expand its activities at the European level and is looking for relationships with new partners as well as strategic collaborations in order to achieve rapid growth of the company.

The company has announced a collaboration with EUREF Campus Düsseldorf. Another milestone for Nevomo is its cooperation with Emden/Leer University of Applied Sciences, which is working with Carl von Ossietzky University Oldenburg to establish a network that will focus on Hyperloop technology and future implementations in transport systems on a European scale.

TO HYPERLOOP IN 3 STEPS

We have developed a unique technology for a magrail system - a passive magnetic levitation train operating on existing railway tracks at speeds up to 550 kph (340 mph). This hybrid solution allows for the functionality of both the magrail system and conventional trains on the same tracks. This can be subsequently transformed into a vacuum system, hyperrail, with a top speed of 1000 kph (620 mph) on existing tracks. Our last step - hyperloop will require new dedicated tracks. These new tracks will enable our vehicles to travel at up to 1,200 kph (746 mph).


On October 22, 2019, a demonstration of magrail technology, a modern transport system developed by Nevomo, took place in Warsaw. During the demonstration, the ride of a magrail vehicle on the test track was shown. The 48- meter track was made in a 1:5 scale.
Magrail is a magnetic rail system that uses existing conventional rail transport corridors. Both conventional trains and magnetically levitating vehicles can use the same railway track interchangeably. The magrail system can be fully integrated with existing rail infrastructure without the need to make changes to the existing rolling stock.

Quote from https://www.youtube.com/watch?v=vZdLG7YxowA (Accessed 2021-04-28)
Sometimes active on Twitter, but not regularly.
https://twitter.com/Eurorapid
...
Top

Our equity crowdfunding campaign is now 102% funded, with over 500 investors already involved!

After only five days we have reached our funding target. A big THANK YOU to these 480 investors who have helped us get to this stage! It’s been a joy to see so many of you re-investing, many for the second or third time, and others coming in for the first time.
The involvement of people from so many countries exceeded our expectations. Therefore, we will now let the campaign run into overfunding. This funding round will remain open for at least two weeks more to give more people a chance of becoming part of Nevomo.

We're excited to be able to bring our community on board as shareholders in our business, and we want to make sure you don't miss the opportunity.

Nevomo has acquired PLN 1.1 mln from the ValueTech Seed Venture Capital. This is the first VC investment in the company. The funds obtained will be allocated to the development of power electronic systems for the transport of the future.

The founds in the amount of PLN 1.1 mln obtained from ValueTech Seed VC by Nevomo’s subsidiary - Nevomo PE will be used for the development of technologies for sectioning and segmenting of a synchronous linear motor, which is one of the key components of the magrail system. The funds will enable the design and testing of prototype’s hardware and software responsible for increasing the efficiency of the motor and optimising the motor's performance parameters: acceleration, speed and energy consumption.

ValueTech Seed is a Polish seed fund supporting startups developing solutions for modern industry, especially in the energy sector. Its portfolio already includes over a dozen technology companies connected with the areas of renewable energy sources, cleantech, industry 4.0 or energy efficiency management. The fund is co-financed by the National Centre for Research and Development under the Bridge Alpha programme.

Nevomo is in its third round of equity crowdfunding on one of the leading equity investment platforms, Seedrs. The company has already reached its fundraising target after only 5 days of the campaign. So far it has raised €1.14 million with the involvement of over 800 investors. The funds raised will be used for full-scale testing of key magrail components, preparation for pilot implementation, as well as new R&D projects and continuation of IP protection. 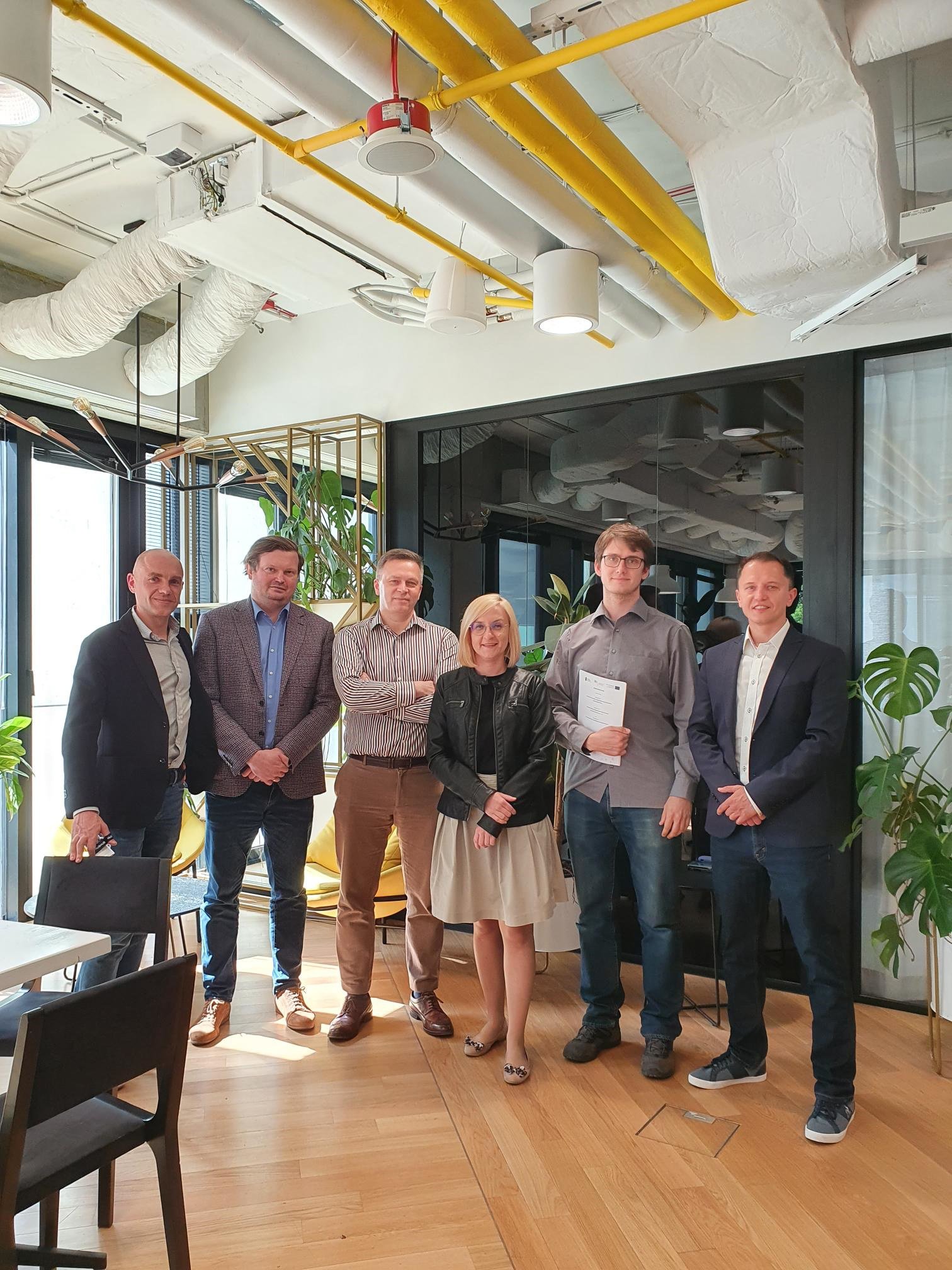 Polish site to be used for tests, with aim of MagRail technology in use by 2025.

NEVOMO, formerly Hyper Poland, has signed an agreement with Polish company Ciech Sarzyna, to lease land and infrastructure that will allow the construction of a full-scale 750m MagRail test track.

It is claimed that MagRail technology can integrate with existing rail networks without the need to make changes to rolling stock, with the system able to carry both conventional and maglev trains.

Work will begin this summer, and when completed it will be the longest passive magnetic levitation test facility in Europe.

The European Union has co-financed the track design via its European Regional Development Fund under the Intelligent Development Program.

Nevomo, a company developing pioneering magrail technology, enabling vehicles to reach speeds of 550 kph on existing railway tracks, has signed an agreement with CIECH Sarzyna, a company belonging to the CIECH Group. Nevomo will lease land and infrastructure from the company, allowing it to build a full-scale 750 m test track. Work will begin in summer 2021 and the track will be the longest passive magnetic levitation test facility in Europe.

CIECH Sarzyna will provide Nevomo with access to the area - with the railway track and the adjacent infrastructure, and, inter alia, office building and warehouse - located in the Nowa Sarzyna commune, in the Podkarpacie region, Poland. On the test track, vehicles with a linear drive system and passive levitation will be tested, as well as power electronic systems for powering and controlling a multi-segment linear motor. Work will begin in the summer of 2021.

- The construction of the 1:1 scale test track on the site provided by CIECH Sarzyna is another milestone in the development of the magrail technology. The successful conduct of these tests opens the path to pilot implementations, which are planned for the years 2022–2024. Magrail technology is expected to be technically fully operational by 2025 – says Pawel Radziszewski, Board Member and CTO of Nevomo.

The advantage of the magrail technology, which uses the hyperloop concept (magnetic vacuum rail system), is the possibility of integration with the existing railway infrastructure without the need to make changes to the rolling stock.

- CIECH supports innovative solutions that respond to the challenges of the world around us. The cooperation with Nevomo is part of the philosophy of our operation, according to which a business which is modern and open to cooperation is a source of positive changes for millions of people in the world. I am glad that we will make a small contribution to building a truly revolutionary technology in public transport – says Wojciech Babski, CEO of CIECH Sarzyna.

The track design is co-financed by the European Union from the European Regional Development Fund under the Intelligent Development Program. Project implemented as part of the competition of the National Centre for Research and Development: Szybka Sciezka.

CIECH is an international, developing chemical group with a strong position on global markets. It is the second producer of soda ash and baking soda in the European Union, the largest producer of evaporated salt in Poland, the largest supplier of sodium silicates in Europe, the largest Polish producer of plant protection chemicals and a leading producer of polyurethane foams in Poland. It has factories in Poland, Germany, and Romania and employs over 3,000 people throughout the EU. The development of the Group is supported by the strategic investor - Kulczyk Investments.

Nevomo has signed a cooperation agreement with Plastwil and Plastwil de Bonte, companies specializing in the production of top-quality pre-stressed concrete sleepers and rail fastening systems. The sleepers and fixings supplied by the two companies will be used to build a full-scale magrail technology test track. Thanks to this cooperation, Nevomo will build a 750-meter-long track which will be the longest track for passive magnetic levitation tests in Europe.

The Belgian company De Bonte has 30 years of experience in the manufacture of prestressed concrete sleepers, while Polish Plastwil has been a leading manufacturer of sleeper rail fastening systems for more than 35 years. Both the pre-stressed concrete sleepers and the fastening systems will become part of a full-scale test track for the magrail technology - a new generation of high-speed railways in which vehicles will travel at speeds of up to 550 kph. The track will be built in the Nowa Sarzyna commune in the Podkarpackie voivodship in Poland. Construction will begin in the second half of this year.

As part of the agreement, Plastwil De Bonte became Nevomo's Track Partner and joined a group of other companies that are currently supporting the development of the magnetic railway including IDOM, CIECH Sarzyna, Transfer Multisort Elektronik or the Railway Institute.

-The support of Plastwil, which has a rich and international experience as a leading manufacturer of rail technology components, is very important for us. Thanks to this, further steps towards full-scale testing of magrail technology will be possible. - says Lukasz Mielczarek, co-founder and Infrastructure Director at Nevomo.

– As an innovation-driven company, we draw from our many years of experience as a manufacturer of railway infrastructure components, and we are already thinking today about what would be required for railway development in the coming decades. The cooperation with Nevomo fits perfectly in our future vision, where we create railway solutions for the next 20, 30, or even 50 years ahead. I am convinced that in the context of reducing human impact on the environment, railways are going to become the preferred mode of transport, and the development of such technologies as hyperloop is bringing us closer to its revival - says Izabella Walkowska, CEO at Plastwil. 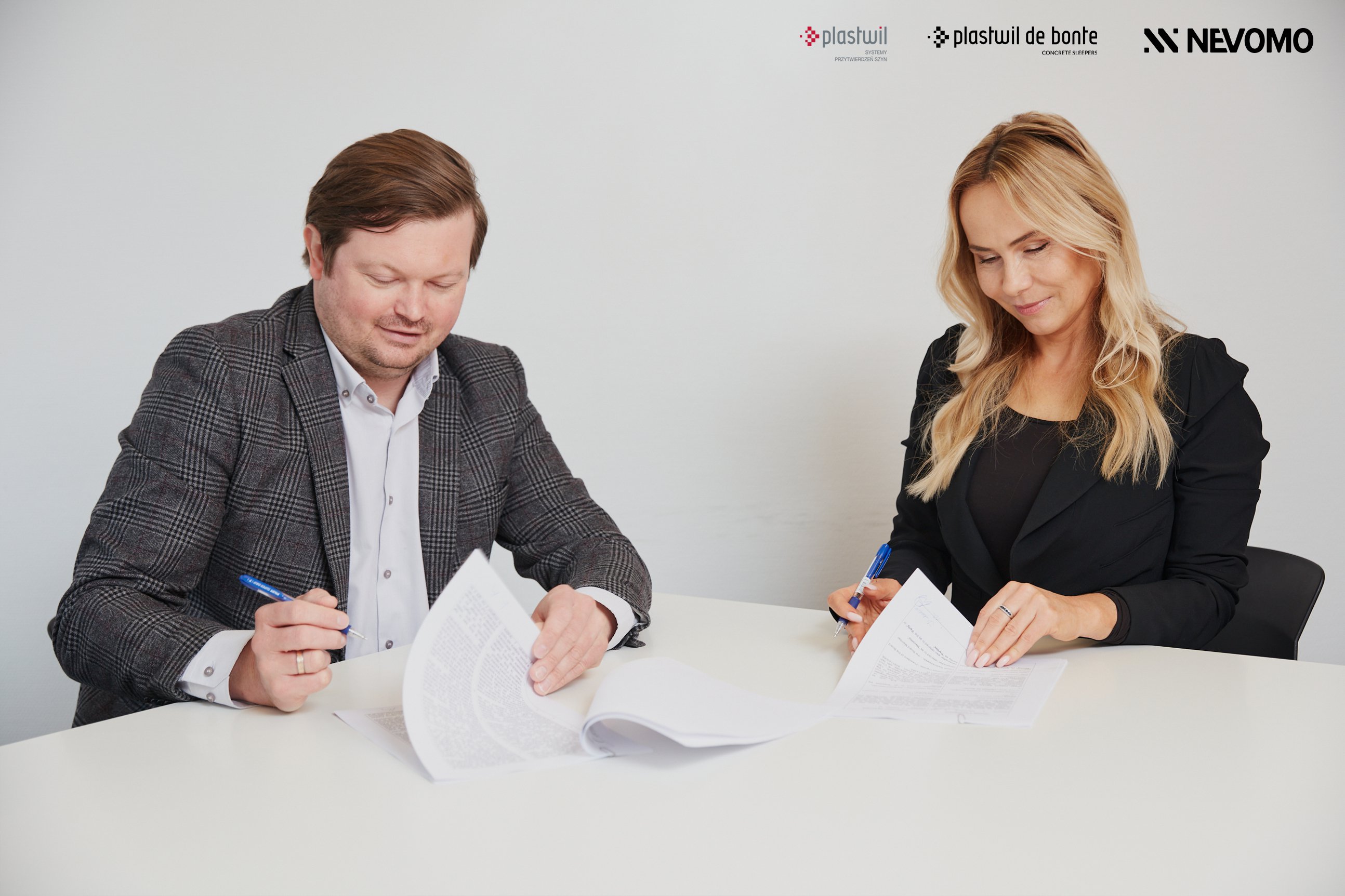 Return to “Fundamental issues relating to mobility, transport and Maglev”