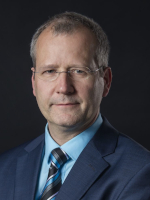 Mr. Eckert Fritz is an engineer and expert for Maglev Technologies. He serves as treasurer of the IMB.

Mr. Eckert Fritz is an engineer and expert for Maglev Technologies. He serves as treasurer of the IMB. He was a member of the National Steering Commitee (NSC) for the Maglev2016 conference in Berlin.

Mr. Eckert Fritz studied electrical engineering and railway technology at the Technical University in Dresden and graduated as Dipl.-Ing.

Since 1995 he works as a project engineer, since 2002 as a Consultant and Project Manager for IFB – the Institut für Bahntechnik GmbH.

Mr. Eckert Fritz  has long-time experience with all planned large German Transrapid Projects since the 1990s such as Hamburg – Berlin, Metrorapid and the airport link in Munich. Furthermore he worked on many technical, economical, Benchmark and Feasibility studies on High-Sped Railway and Maglev Projects in South-East Europe, Saudi Arabia, Brazil and Tenerife for example.

As an approved consultant of the German Federal Railway Authority EBA for Maglev systems he worked on the certification of propulsion and power supply system of Transrapid in Shanghai. In the function as an EBA consultant he carried out certifications including the supervision of verification tests on site at the TVE Transrapid Test Facility Emsland, Germany.

Since 2009 he is involved as project manager in design and tendering process of power supply and catenary system of the Femernbelt Fixed Link, the worldwide longest combined immersed tunnel for high-speed railway and street planned between Germany and Denmark.