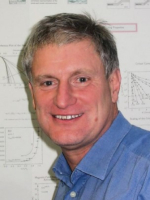 Prof. Dr. Schultz is a professor emeritus of the of Metallic Materials and Metal Physics Institute at TU Dresden.

Ludwig Schultz received the Ph.D. in Physics from the University of Goettingen in 1976. In 1978 he was a postdoctoral fellow at IBM’s Thomas J. Watson Research Center in Yorktown Heights, New York.

From 1980 to 1993 he was a staff scientist and then head of the High Temperature Superconductors and Magnetic Materials Department at the Siemens Research Laboratories, Erlangen.

From 2008 to 2013 he was the Scientific Director of IFW Dresden. Since October 1, 2014 he is officially retired, but still active in materials research.

During the last years he acted as Scientific Coordinator of DRESDEN-concept e.V., the association coordinating the scientific cooperation of 28 research institutions at Dresden with the aim of supporting the TU Dresden in maintaining its status as one of the 11 German Universities of Excellence. At present he is related to the Institute of Materials Science at TU Dresden. He is also a Fellow Professor of the University of Ulsan (South Korea). He has served on many Executive Boards and committees like German Physical Society (DPG).

In 2011/12 he was the President of the “German Association for the Advance¬ment of Science and Medicine (GDNAE)”. In addition to chairing many national and international conferences, he served as co-chair of the 2014 Intermag Conference in Dresden. Presently he is the Editor-in-Chief of the Journal of Alloys and Compounds.

He has been awarded many honors and prizes, including the European Materials Gold Medal of the Federation of European Materials Societies (FEMS). Recently he was promoted to be an Honorary Member of the German Association of Materials Science (DGM). His research program included superconducting materials, magnetic materials, amorphous and nanocrystalline materials, and electrochemical and mechanical properties of alloys. In these fields he published more than 1.100 publications receiving more than 32.000 citations (at an h-index of 75). His favorite research topic is SupraTrans II, a superconducting levitation system consisting of a levitated vehicle for 2 persons on an 80 m ring track.