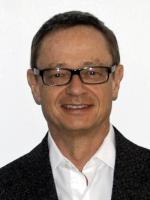 He is a senior member of IEEE, SAE and PEO (Professional Engineers Ontario) and a member of the Maglev International Steering Committee and Linear Induction Motor IEC Standard.

Dr. Konrad Woronowicz defines and co-ordinates R&D efforts in emerging special transportation technologies. He has been with Bombardier for over 21 years developing the next generation of electric traction linear drives, contactless power transfer technologies and permanent magnet magnetic gear motors. He has authored and co-authored numerous patents and papers in an area of WPT, Linear Motors, Power Converter Controls and Electromagnetic Design. He received his doctoral degree in adaptive motor control from the West Pomeranian University of Technology. In addition to electric drives and wireless power transfer, he conducts research in such areas as energy storage, EMC and high output resonant converters. He is an adjunct professor at the University of Ontario Institute of Technology.