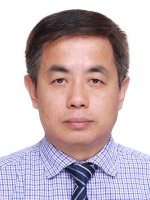 Prof. Lin's research interests include Maglev vehicle and linear drive technology. He has been a member of the Steering Committee of the International Maglev System and Linear Drive Conference since 2014.

He has worked by the Maglev R&D department under Thyssen Henschel Co. in Germany as an oversea scholar from Aug.1994 to Jan.1996.

He also presided over the sub project "General scheme of a medium speed Maglev vehicle" of the national "13th five year plan" Maglev project from 2017 to 2020.

He was deeply involved in the construction of the Shanghai High Speed Maglev (2000-2003) line and the Changsha Urban Maglev line (2014-2017) as a consulting expert.