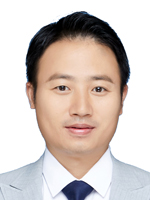 Prof. Deng obtained his B.E. degree in Mechanical Engineering in 2004 and Ph.D. degree in Transportation Engineering in 2009, from SWJTU. He was a Postdoctoral Fellow of the Japan Society for the Promotion of Science (JSPS) at Tokyo University of Marine Science and Technology, from October 2009 to October 2011.

Prof. Deng’s research interests mainly focus on High Temperature Superconducting (HTS) Maglev technologies for rail transit applications and Evacuated Tube Maglev Systems. He has presided over 10 projects from the National Natural Science Foundation of China and Sichuan Science and Technology Funds. To date, he has published more than 190 scientific papers and 90 patents. He has launched and hosted the first (2018) and second (2019) International Workshop on Evacuated Tube Maglev Transport. Under his promotion and execution, the manned HTS Maglev Ring Test Line and the Evacuated Tube HTS Maglev Vehicle Test System were developed successfully. These progresses have been widely reported by CCTV, BBC and IEEE Spectrum. According to his contribution and facilitation in the HTS Maglev field, he is the recipient of the first Tencent “Xplore Prize” in 2019.