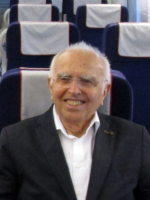 Gerhard Hugenberg was a pioneer in the development of maglev transportation systems in Germany.  In cooperation with German ministries, he succeeded in building the famous Transrapid test facility in Emsland, northern Germany.

A prerequisite for this success was that Mr. Hugenberg was able to dispel the concerns of Emsland's farmers during the project planning phase that a Transrapid line could hinder access to their land. The farmers made their land available when an elevated track was agreed, leaving all access routes to their fields free. This made it possible to bring the technology to the Emsland region. Many highly qualified jobs were thus created in Emsland. Without the visionary personality and persuasive power of Gerhard Hugenberg, the development of the Transrapid maglev train and its increasing international success would not have been possible.

After graduating from high school in 1947, Mr. Hugenberg studied agriculture and regional culture at the university. After various professional stations he became managing director of the Emsland GmbH in 1971, whose aim was the expansion of the infrastructure and the settlement of large industrial companies in order to turn the former poorhouse Emsland into an area of prosperity. His knowledge of the Kondratjew cycles and Schumpeter's theories of the relationship between innovation and economic development formed the professional basis for the reorientation of the entire region.

Gerhard Hugenberg served as managing director of the Emsland-GmbH from 1971 to 1989. At first rather coincidentally, on the occasion of a graduation ceremony in 1977, he became aware of the plans of the Federal Ministry of Research and Technology to build a test track for the magnetic levitation train in Germany. The ministry was looking for a region where the Transrapid technology could be tested. And Gerhard Hugenberg convinced the Ministry with his commitment. Construction of the 31.5 km long test track with two reversing loops began in 1980. The Transrapid test facility was subsequently operated until 2012.

He guided the guests of the test facility, which gave him great pleasure. In the process he met many people and he remained in contact with many of them until his last years. 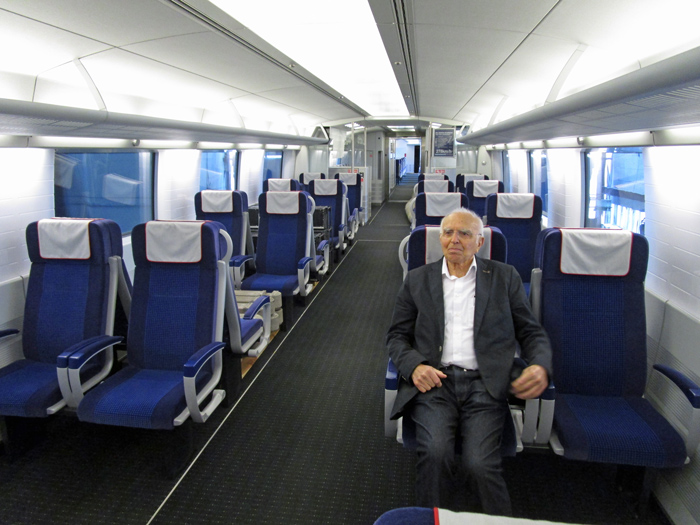 Mr. Hugenberg became known and appreciated far beyond the borders of the region due to his cosmopolitan, courageous, visionary and life-affirming manner. Without him the Transrapid test facility would not have existed in this form. Gerhard Hugenberg has made extraordinary contributions to the Transrapid and maglev technology.

On May 7, 2020, Mr. Gerhard Hugenberg passed away in Meppen, Emsland, after a fulfilled life at the age of 91.