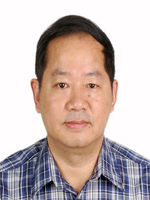 Prof. Zhang is the chief scientist of the Research Center for Super-High-Speed Evacuated Tube Maglev Transport, Southwest Jiaotong University (SWJTU) and a State Specially Appointed Expert. He has obtained the Special Government Allowances of the State Council and subsidies from National Science Fund for Distinguished Young Scholars. He is also the chief scientist of the 973 Program, an expert of the General Group of Independent Innovation in High-speed Trains and the technical director of the bogie group of CR “Fuxing” EMU.

In the innovative development of China’s high-speed rail from scratch, he insists on theoretical innovation, experimental innovation and technological innovation, making significant contributions to the research on the dynamics of high-speed train systems, and the independent innovation of bogie, pantograph and other core components of high-speed trains. He has won two second prizes (ranking 1st), two first prizes (ranking 2nd) and one special prize of the State Scientific and Technological Progress Award, five special prizes and six first prizes of provincial- and ministerial-level awards, one second prize of national-level teaching achievements award, and the Guanghua Award for Engineering Science & Technology.

As of March 2021, he has published 121 SCI papers and 372 EI papers (one paper was awarded the Thomas Hawksley Gold Medal for best original paper by the Institution of Mechanical Engineers of UK in 2005), and has authored 3 monographs, with 20 patents for invention and 40 patents for utility models being licensed.